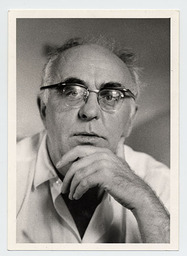 I remember that I drove down to Gloucester to see Charles after working all weekend at CCA, Cambridge Computer Associates, a small hip company where I worked. I edited proposals. It was the early sixties, fifty years ago. There was no such thing as a desk top or a mouse. Our main product was a program called CROSS TABS. It was brilliant.

I dont think I called Charles. I think I just drove and what wd happen wd happen. It might have been Labor Day!! I took my Mamiya, that Gary Snyder and Philip Whalen had bought me in Japan. It had a 2 1/4 negative and I had to look down to see what i was getting. The camera rested on top of my breasts. It was like a part of me, and it left my arms and hands free. Actually, "bounced" is also descriptive. This might have been one of my first roles of film.

Charles always took what i considered my feeble attempts to take picctures very seriously. He expected that I wd do a good job. He assumed it and didnt make a big deal abt what I was doing. He talked abt the photographers he knew at Black Mountain and how they played tennis. Tennis? Charles? I cdnt imagine it. Charles was huge. Sooooo tall. And more like a bear than a lanky giraffe.

One of the pictures here is at a bar in Gloucester. Charles was stunned to find some one else as tall as he was. And that man was equally flummoxed to come across someone TALLER than he was. Years later I got a note from that man's daughter, saying he loved seeing himself w/ Charles. Alas, his name is one of the things i have forgotten. The bartender was much amused at the excitement. And another man at the bar gave me a dollar to make a picture for him and to mail it to him. I lost that slip of paper before i got back to my car.

You will recognize Charles at his kitchen table. And Charles taking me on a walk in Dogtown. And at his sister-in-law's table. Kitchen tables have always dominated my life.