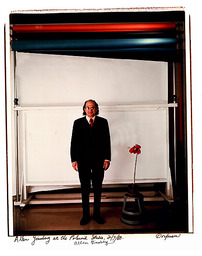 It was hard to take a bad photograph of Allen. Nobody did. Maybe it was because Allen was a photographer from way back. He loved to take pictures. Unrestrained, he could snap, snap and take rolls of film. His images of Kerouac, Cassidy, and Bourroughs are the ones we have in our memory of those days. For the last decade or so he always had a camera with him. He went from a Rollei to lighter and lighter and smaller and smaller cameras. And he used whatever was his camera du jour all the time, even at my house in the last month of his life (though no darkroom experiences for him, ever).

Allen always had a sense of what makes a picture work. As a subject he instinctively helped photographers get what they wanted. He could concentrate and relax at the same time. he could be THERE in front of the lens. Loss of consciousness. No self-consciousness. No reticense. Vanity reined in by a sense of, yes, STYLE. He could pull together tiny details--a Buddha, a flower, a book, a postcard, a microphone, the right tie (and in the old days, the right political button on his overalls and the right beads) that would anchor the photograph in its hour. The gesture Allen came up with was always very specific and it was always the right one. I felt Allen did my job for me. 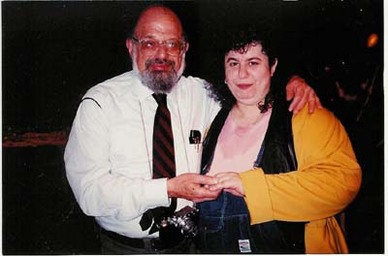